Don’t leave your cross-examination to chance or let a witness take over the trial. This session will walk attendees through how to best examine defense witnesses, both civilian and expert. Our instructor will discuss the rules to follow as well as effective styles to adopt – or to lose – to present your case.

If you would like to become a member, please join here!

The National District Attorneys Association (NDAA), with the assistance of the American College of Trial Lawyers Foundation, is able to provide tuition assistance for Prosecutors who would like to attend our courses. We have a limited number of full tuition scholarships available. Please find information regarding scholarship eligibility and the application process here.

NDAA's mission to serve and support prosecutors and their staff. In consideration of this commitment, NDAA requires that all those in attendance of our programs currently work in or work closely with prosecution: NDAA invites prosecutors, lawyers and paralegals in local, state, tribal, federal and military government attorneys’ offices. If you are not sure about your eligibility, please contact Project Coordinator Logan Kilduff lkilduff@ndaajustice.org. 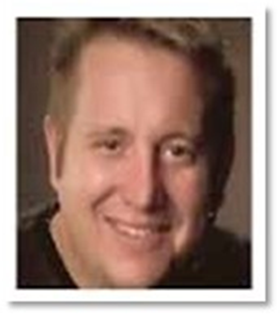 Eric Leafblad has been an Assistant State’s Attorney for the Cook County State’s Attorney’s Office since 1995.  He is the Director of Continuing Legal Education and Training.  He conducts, reviews, coordinates and audits regular and special in-house training for more than 900 attorneys.

He is an adjunct professor for The John Marshall Law School’s Center for Advocacy and Dispute Resolution teaching The Trial Lawyer, Trial Advocacy and Advanced Trial Advocacy. He is also an adjunct professor at DePaul University, College of Law, Master of Jurisprudence program teaching Criminal Law and Criminal Procedure.  In addition, he was an adjunct lecturer for the University of Illinois at Chicago teaching The Principles of Criminal Law and Substantive Criminal Law in the Department of Criminology, Law, and Justice. Mr. Leafblad worked as a Technical Advisor to Chicago Justice, a television legal drama about the Cook County State’s Attorney’s Office.  He read scripts, advised the props department and consulted with actors about trial work.

Mr. Leafblad serves on the faculty for the National District Attorneys Association.  He has taught Boot Camp, Trial Advocacy I, Trial Advocacy II, Cross Examination, and The Career Prosecutor Course.  He also served as faculty for Strategic Cross-Examination and Witness Issues in Domestic Violence Cases jointly sponsored by National District Attorneys Association and the Alaskan Department of Law in Anchorage, Alaska.

Mr. Leafblad is a 1995 graduate of The John Marshall Law School and a 1991 graduate of the University of Illinois at Chicago.  He is a veteran of the United States Army, having served as a Cavalry Scout with the 2nd Armored Cavalry Regiment assigned to patrol the former West German border with East Germany and Czechoslovakia.

NDAA has applied for CLE credit in the states of Georgia, Kansas, Ohio, Pennsylvania, South Carolina, and Virginia.

Zoom will log each attendee’s “time in session” for the webinar. All attendees who sign into the webinar and complete the session will be sent a copy of the PowerPoint presentation, speaker biography, and a Uniform CLE Certificate from NDAA staff following the event.

Attendees must self-submit this course for approval in their home state. All attorneys are responsible for any fees associated with CLE filing. Attorneys seeking CLE credit should contact their state bar associations for more information.  General questions or additional information regarding CLE credit can be directed to Project Coordinator Logan Kilduff at lkilduff@ndaajustice.org.

NDAA works to provide a safe and secure environment for partners and participants. By registering for this event, you agree to abide by NDAA policies and acknowledge the disclaimer and waiver. For more information on NDAA’s policies and procedures, including our Code of Conduct, please visit our Policies page.

Locked
Webinar
Recorded 09/30/2020
Recorded 09/30/2020 Don’t leave your cross-examination to chance or let a witness take over the trial. This session will walk attendees through how to best examine defense witnesses, both civilian and expert. Our instructor will discuss the rules to follow as well as effective styles to adopt – or to lose – to present your case.
You must register to access.
Survey
9 Questions
9 Questions We invite you to participate in a quick evaluation. Your responses will help us better serve your needs and improve our programs for all our members. Please note, you will not receive your CLE Uniform Certificate of Attendance Form until you have completed this survey.
You must register to access.
Certificate
1.00 credit  |  Certificate available
1.00 credit  |  Certificate available
You must register to access.